SINGAPORE – Media OutReach – 14 October 2020 – The Jollibee Group opened Mainland China’s first-ever Tim Ho Wan in Shanghai on September 23, Wednesday, marking the Michelin starred restaurant’s entry into one of the world’s largest economies. Located in the Jing’an Kerry Center, which is just a few minutes away from the famous Jing’an Temple, Tim Ho Wan is the latest addition to the portfolio of brands being directly operated by the Jollibee Group and is a joint venture with the Tim Ho Wan Group. 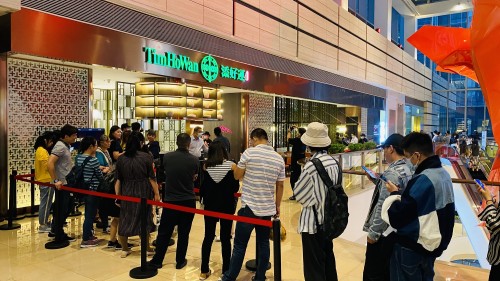 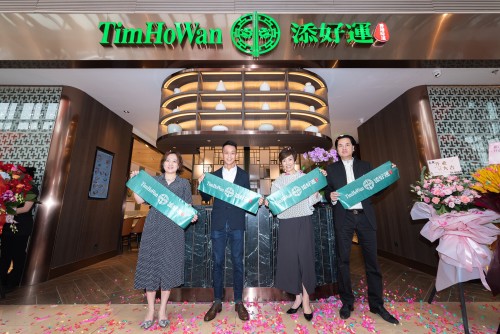 Shanghai, home to 24 million people and one of the most populous city centers of the world, welcomed Tim Ho Wan with a packed waiting list and a long line of customers. The most popular dishes are the signature Baked BBQ Pork Buns, Rice Rolls, Pork & Shrimp Dumplings, and the Pan-Fried Radish Cake. Everything on the menu is always freshly steamed and freshly served following the philosophy of the dim sum icon. Tim Ho Wan is often called one of the most affordable Michelin-starred restaurants in the world, with its Sham Shui Po branch in Hong Kong being awarded a Michelin star for eleven straight years.

“The core of Tim Ho Wan is to serve delicious authentic Hong Kong dim sum to more people at a good value for money, and this is why we believe that Tim Ho Wan is a great addition to the Jollibee Group’s portfolio,” said Jollibee Group CEO Ernesto Tanmantiong. “Opening in Shanghai, one of the busiest global hubs, is an excellent starting point for our expansion plans for Tim Ho Wan in Mainland China, and our near-term goal is to open 100 restaurants in the next 5 years.”

“We are excited to grow the Tim Ho Wan brand in Mainland China as we leverage on our established network here and knowledge in food-service,” said Jollibee Foods Corporation China Chairman Carl Tancaktiong. “Given the response we are seeing, we are planning to open the second store by the end of this year. Aside from Shanghai, we will also open in Beijing, Shenzhen, and Guangzhou.”

Jollibee Group has entered into a joint venture agreement with the Tim Ho Wan Group to open and operate Tim Ho Wan restaurants in Mainland China.

Jollibee Group is a significant investor in Titan Dining LP, the ultimate holding entity of Tim Ho Wan Pte. Ltd., and has a business venture with award-winning Chef Rick Bayless for Tortazo, a Mexican fast-casual restaurant business in the United States.

Jollibee Group has been named the Philippines’ most admired company by the Asian Wall Street Journal for ten years and was honored as one of ‘Asia’s Fab 50 Companies’ by Forbes Asia Magazine.

Jollibee Group has grown brands that bring delightful dining experiences to its customers worldwide, in line with its mission of serving great tasting food and spreading the joy of eating to everyone.

Spackman Entertainment Group’s Upcoming Musical Film THE BOX, Starring EXO’s Chanyeol, Scheduled To Be Released In The Spring Of 2021

A New Vision: ‘Elevating the Everyday’ with Nina Hospitality