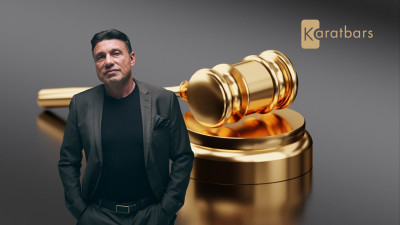 Editorial use of this picture is free of charge. Please quote the source: “obs/Karatbars International GmbH”​

In the recent past, there have been cases of data protection abuse, the unauthorized access to police computers by third parties. The “piercing” of information from internal systems of police authorities to journalists, or unauthorized third parties, is a punishable offence, regulated by the laws and regulations of the Federal Republic of Germany.

Harald Seiz, Managing Director of Karatbars International GmbH, filed a criminal complaint and a criminal complaint with the German public prosecutor’s office in Stuttgart on 15 July 2020 against two editors and the editor-in-chief of the “Handelsblatt” on suspicion of incitement to violate official secrecy and a special duty of confidentiality, in accordance with Section 353b and Section 26 of the German Criminal Code (StGB) and a possible violation of the State Data Protection Act of Baden-Wuerttemberg (Germany), for all offences under consideration. The case number of the public prosecutor’s office in Stuttgart is Js 71420/20.

Proof is an audio recording, which is 1 hour 16 minutes 43 seconds long, additionally a transcription of the interview (pages 6, 11, 12, 13) as well as witness statements of those present at an interview, conducted on November 7, 2019, by editors of the “Handelsblatt” with Harald Seiz.

In the audio recording, which according to Mr. Seiz was approved by editors of the “Handelsblatt”, it is recorded that Mr. J.B. and Mr. L.M.N. were the third parties to verbally request data – this according to Mr. Harald Seiz, contrary to applicable laws, here via the police information system POLIS.

If such personal data or secret information is passed on to third parties, this may, in addition to a breach of the obligation of official secrecy, constitute a criminal offence under Section 353 b StGB / Criminal Code of the Federal Republic of Germany (breach of official secrecy and special obligation of secrecy), Section 203 StGB (breach of private secrets) and the State Data Protection Act of Baden-Wuerttemberg.

If journalists have obtained information from a police computer, contrary to current laws, this is a punishable offence and could bring the German media landscape into considerable discredit. Within the framework of the European Union, Article 48(1) of the Charter of Fundamental Rights guarantees: “Everyone charged with a crime shall be presumed innocent until proved guilty according to law”.

Nevertheless, the accusations against the editors of what is actually the “Handelsblatt” and their editor-in-chief are still pending. In this context, the earlier reporting of the “Handelsblatt”, in relation to Karatbars, its KBC Coin (KaratGold Coin) and Harald Seiz, should be noted. The “Handelsblatt” also demonstrably advertised in the media for an ex-developer of Karatbars, this on 03.04. 2019 and on 29.04. 2020, the latter, however, still during an ongoing trial at the public prosecutor’s office in Mainz against the ex-developer.

Karatbars is currently conducting a legal investigation to determine whether this reporting by the renowned “Handelsblatt complies with the press code and its regulations, or could even have had an influence on the ex-developer’s proceedings.

NHK WORLD-JAPAN Presents “3.11 – Ten Years On,” a Collection of New and Encore Programs to Commemorate 10-Year Anniversary of the Largest Earthquake Ever...

AOC named as no.1 in Gaming Monitors worldwide in 2020