TOKYO, JAPAN – Media OutReach – 5 March 2021 – NHK WORLD-JAPAN, the English-language international service of Japan’s sole public broadcaster, NHK, today announced it will present a collection of premiere and encore programming to mark the 10-year anniversary the Great East Japan Earthquake of March 11, 2011, which spurred a tsunami, a meltdown at the Fukushima Daiichi Nuclear Power Plant, and mass destruction along Japan’s east coast. The programming event airs throughout March and April. Descriptions of all programs in “3.11 — 10 Years On”, including multilingual videos (Burmese, Chinese, Indonesian, Korean, Portuguese, Spanish, Thai and Vietnamese) are available on this special web page 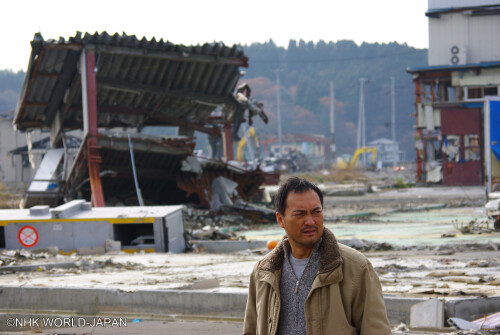 One of the highlights is the international TV premiere of Ken Watanabe – A Copassionate View: The Decade Since the Great East Japan Earthquake. Japanese Hollywood star Ken Watanabe (“Last Samurai”, “Batman Begins”, “Godzilla”, “Transformers”) raised international attention for the disaster and has listened to the stories of more than 20,000 people in the past decade. The documentary follows the actor as he visits the communities most affected by the disaster and gets to know its victims. The program airs Saturday, March 6. (UTC)

Another international TV premiere, Generation March 11: Their 10 Years Journey, tells the stories and follows the progress of the lives of children born in the disaster areas. Part of the anniversary programming is also a new documentary on one of Japan’s most prolific and award-winning stop-motion animation artists, Tomoyasu Murata, and his work commemorating the victims of the disaster, broadcast as a special edition of the Anime Supernova series.

Among the encore programs marking the 10-year anniversary of the disaster is 3/11-The Tsunami, a two-part documentary that made its international broadcast premiere in January 2021. (Thai subtitles available.) (Indonesian subtitles available.) The series combines footage from NHK camera crews with mobile phone and other video captured by citizens who were on scene during and after the earthquake and tsunami, and the country’s recovery efforts of the following year.